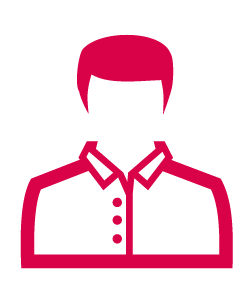 For a large part of my adult life, I never understood just how our everyday actions impacted the earth. However, I did take steps to save water and energy around the house to keep our bills low and even invested in solar panels cut our electricity bill down. One day, I encountered an environmental website and ended up spending hours reading it. During those few hours, my mindset changed completely. I immediately felt great learning that the steps we had taken to save energy around the house were helping the earth, as well. I was inspired to make other changes to my family's lifestyle, and I now teach my kids about protecting the environment. I know there are others out there who have little time to spare but need tips on helping the environment, so I plan to post many tips on how to do it on my new blog!

Not A Dirty Secret Anymore: How Environmentalists And Artists Are Testing And Showcasing Poor Air Quality

The quality of the air you breathe, especially if you live in a city or in a highly industrialized area, is no longer a dirty little secret. Today, groups and individuals are testing and displaying the results of air pollution to show everyday people the effects of fine particulate matter in the air.

These environmentally-aware folks are measuring air quality in a variety of ways.

They're using time-tested tools and making their own.

There are several instruments that measure what's in the air. One is called a nephelometer, which is a device that shoots a beam through the air and measures the amount and manner in which particles scatter. This testing method is often used to measure dust in the air, but these devices are limited to measuring particles in the 0.1 to 10 micron range.

To measure black carbon in the air, an aethalometer is used. These and other particle-counting instruments are now more easily available to laypeople and scientists as technology and human concerns about our environment advance.

3D printing is also making homemade air-quality-testing labs possible for scientists and other curious sorts. Before long, polluters will find that whether or not they want to test their own factory emissions, the air close to their facilities will be tested by someone, and the results will be far from private.

A digital waterfall exhibit called "Particle Falls" has been making the rounds of several American cities, including Pittsburgh, Detroit, and Philadelphia. Designer Andrea Polli is a creative sort who loves to take scientific data and present it in ways laypeople will understand. First seen in San Jose, California, Particle Falls was designed and engineered with help from scientists. For the installation, a tall waterfall is illuminated on a public building on a busy street, with the cascading water in the "waterfall" changing color as air quality changes.

If fumes from a sooty car, smokey bus or even a cigarette blow past the instruments in the installation, the color changes. When air is cleaner, the water flow is blue and white. When there are more fine particles in the air, dots of red and orange begin to appear. When air quality is in the lower, less-desirable range, the waterfall can appear to be a falling firebomb instead.

The artist reports that some people have very emotional reactions to seeing how swiftly and thoroughly air quality suffers from pollution.

Industrial polluters should be aware that the air around their plants is probably being tested, whether they like it or not. Factories and other polluters should take proactive steps now to test their own air quality (with companies like West Coast Smog) and mitigate pollution from their plants to stay on the good side of the ever-breathing public.